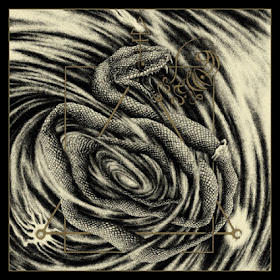 I clicked on Corpse Garden thinking they would be a really sick doom metal band, instead they turned out to be a really sick death metal band. I love it when things work out like that! The point being, Entheogen is a death metal release for the ages, scoring waves of cacophonous sound on top of crushing angular riffs that nicely punctuate some wonderfully guttural growls. There is something oddly charming about the throat munching assault of Corpse Garden and the way that they hit you below the belt.

I think what really gets me about Corpse Garden is the use of phlanger effects and other interesting sounds to create fanatical sonic soundscapes. As you delve deeper into this record you almost feel yourself going insane to the sound of music meant to torment the listener and give them faith in a better tomorrow. There is a sense of compositional excellence that permeates Entheogen and definitively proves the skill of these musicians. The sense of bombast and the triumph that dominates songs like Evoking A Dead Sun is what defines this record and a big part of what makes it endlessly fascinating to me.

This is the kind of record that you can fall into and then in love with. Corpse Garden have managed to cultivate a rather iconoclastic sound that will capture the imagination of most any metaller. Sure, they're rather dense and sure it's probably not for everyone, but for those of us who enjoy deeply cerebral boundary pushing music then Corpse Garden represent the cutting edge. Taking elements that have been germinating in the scene for years Corpse Garden have now come to take your fucking head.